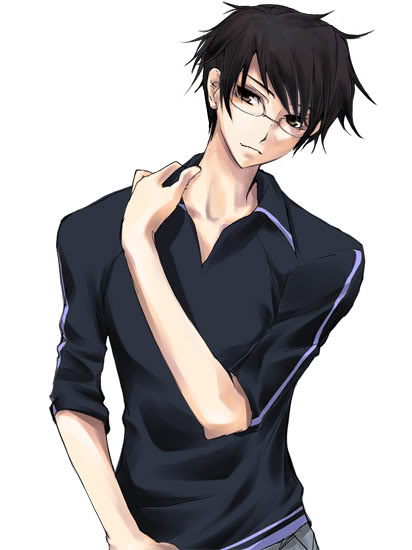 Appearance: Perpetually disheveled black hair, intelligent gray eyes and wire-frame glasses, a naturally light complexion. He's got a smart, boyish degree of handsome to his features that may sharpen into the 'sensei' brand of lady-killing looks in a few more years. Casual wear consists of a navy blue, collared, long-sleeved shirt (with the sleeves usually rolled or pushed up to his elbows), a blue-gray pair of jeans with a patch on one knee and a worn pair of black tennis shoes.

Daisuke is quick-witted, easygoing and a habitual liar, though he does so in good humor. Most of his lies are blatantly obvious, sarcastic, or otherwise just meant to make people laugh, often at his own expense. It's pretty hard to get a straight response out of him in the first place but, despite how often he does lie, he's a pretty terrible liar when he tries to do so seriously, likely due to moral reasons. On the rare occasion he actually speaks falsehood to convince someone of something, it's usually only when he's flustered, embarrassed, or trying to save someone's feelings. He's not exactly chivalrous, but he sees no reason not to do the 'right thing' if it doesn't inconvenience himself or others too badly.

As is stereotypical of bespectacled folk, he's pretty intelligent. His grades in Tomiya High, of which he is a second year, are fantastic even though he doesn't actually study or even pay much attention in class. He has a lot of reading material around his room, mostly psychological-based fiction, but all of it has been dust-covered and forgotten since he got into computers. His current PC is one he built himself after several weeks of research and, though he is proud of it, he claims that it's far from perfect due to insufficient funding. His actual PC knowledge, though more than exceptional for a beginner, is still limited due to inexperience. Unfortunately, relying on his mind so heavily has made him neglect his body. Even given his job, any kind of physical workout leaves him panting within a few minutes. 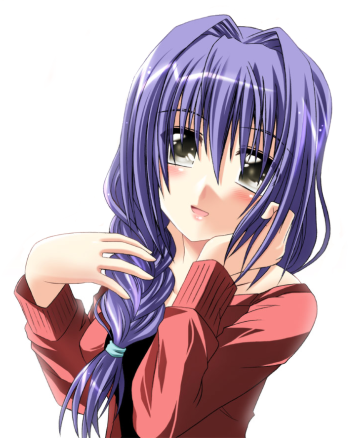 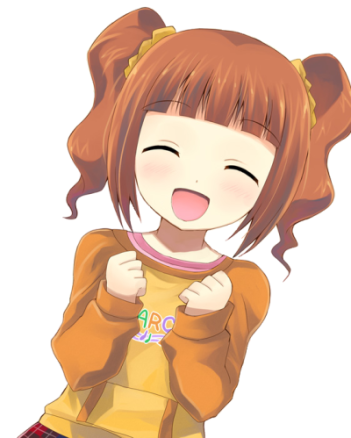 Daisuke lives in Tomiya's residential district with his single mother and energetic younger sister and works part-time at a grocery store in the nearby commercial district, usually doing 'backbreaking labor' (stocking) and the occasional stack of inventory paperwork. The aforementioned sister, an eleven-year-old girl by the name of Hanako, is the energetic object of his affection. She trusts her doting, compulsively-lying brother so completely that he's accidentally managed to put some rather strange ideas into her head while joking around. The way she'll believe almost anything he says amuses him to no end. His too-kind mother, Keiko, works as a secretary and is usually gone in the mornings, but always spends her evenings at home with her children. For a family with only one parent, they don't seem to have suffered in the slightest.
_________________