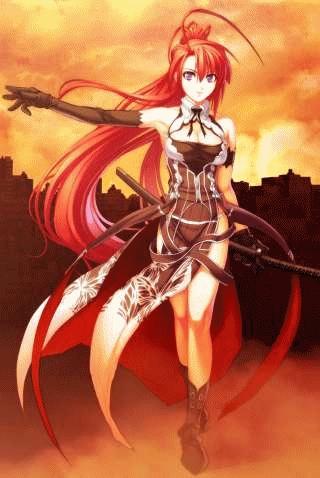 Personality: Archer's personality may seem playful and humorous to the point of immaturity, but a more vigilant observer might notice her hidden alertness and quick-witted thinking. Someone who knew her personally wouldn't have much trouble believing that she's already planned everything out - and might already be riling up the enemy with her tactics! Deeper still in her motives, however, lies a mysterious past that few have been able to unravel completely...

Looks: Fiery crimson hair and emerald eyes. Archer maintains a strong yet conspicuously feminine physique in order to keep her skills at top-notch conditions. Her usual fighting attire consists of an enchanted olive-green cloak, used to conceal her presence, and a reinforced set of light leather armor that has gained considerably higher defensive capabilities since her metamorphosis into a Servant. Yet on her encounter with Japan, she has also decided to make additional combat outfits to match the country's style!

Weapons: Variable Edge - a powerful composite bow that can be quickly disassembled to form two curved shortswords. Highly resilient and armor-piercing. Can be resummoned if broken - an unlikely but possible situation.
Rose Katana - one of the artifacts Archer picked up in Japan. Not actually from her past, but she nevertheless chose to keep it "because it looks cool."

History: Currently unknown. On her inclusion into the Hall of Heroes, she was promptly informed by the Grail of her direct lineage from the Tuatha Dé Danann - the mystical settlers of ancient Europe. She now wishes to return to her time and, with this knowledge, correct a grave misunderstanding between her people and another... 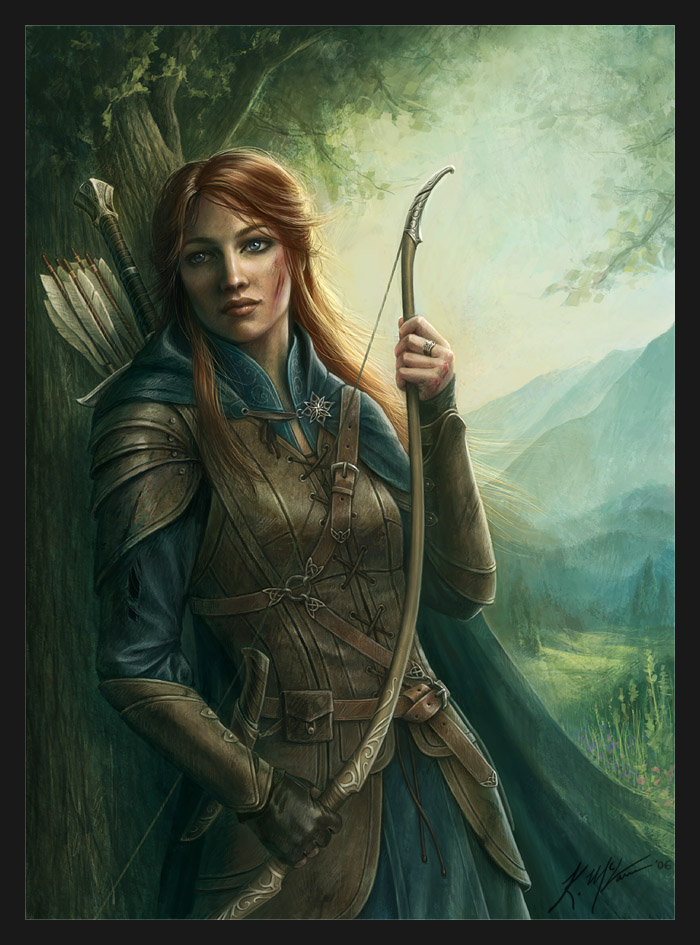