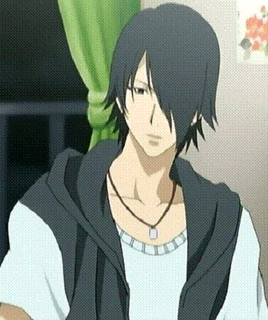 Traits: Has an impressively large mana pool to draw from and a moderately good regeneration of mana making him a steady and reliable mana source for his Servant

Appearance: A very unassuming young man, he always seems to look overly calm and eminates a rather kind/friendly aura about him. He normally wears rather casual clothes, his hair is dark and always seems to be hanging over one eye. He is also quite quiet and likes to keep to himself for the most part.

The Davian family were a line of very strong magicians, however over the generations the ability seemed to be dwindling away, that is untill Neal was born. Neal exhibited an astounding natural talent for magic, a child prodigy. He wasn't overly interested in learning magic, but he quietly abided by his parent's wishes and quickly surpassed his teachers at a young age. Despite being so naturally skilled, he almost never uses his abilities

Neal is generally the type to quickly accept his lot in life and doesn't complain about the cards that are dealt to him. He always somehow finds a way to make the best of even the worst situations. When his parents died in a horrible car accident when he was 14 he started living on his own, not really relying much on the care of his guardians. By the time he had reached the age of 18 he was self sufficient and had decided to move to japan on a whim, or at least that is what it seemed to others.

From a young age he had been informed of the Holy Grail War and told to prepare for it, as he would be one of the seven. He did as he was asked, even though he was far from any guardian that could enforce the order to prepare. He trained his mind and body. He really felt no need to get the Holy Grail, but if he was to be forced to take part anyway, he may as well make the best of it and try his hardest. He would worry about wishes and the like, if he attained the Grail.