Rain beat down against the baroque mansion windows, and night's darkness reigned. The only major source of light to break this gloom was a hooded electric lamp, which cast its concentrated beam onto a wide oak table. Two men were present in the large, dim room, their forms barely distinguishable. One man sat behind the table in a gilded armchair, and the other stood behind him, watching. For a while, both were silent.

The first man suddenly moved something across the oaken desk. Papers spilled into the bright lamplight, and on top of them, a single photograph gleamed: 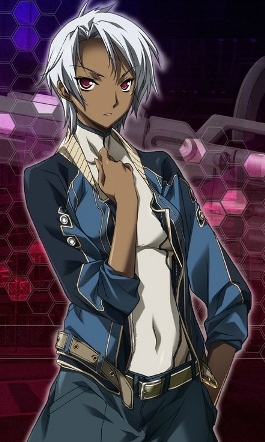 He laughed grimly. "What have we here? A pretty chica my nephews can dance with?"

The standing man remained where he was. "I would encourage you to read on."

The sitting man grunted and tossed the picture aside. He pulled up the first sheet of paper:

"Hmm, yes, the la Torre Duchy. At least they count for something."

"Indeed. Their patronage is the crux of our plan."

The sitting nobleman looked back at the paper.

Family Crest (Serafínez): Said to be etched as six silver sigils on the owner's back. Abilities unknown. Crest mana capacity unknown.
Family Crest (Miroitier): Confirmed to be a chain of mirrors stretching from one wrist, up the arms, and across the collarbone to the other wrist. Abilities unknown. Crest mana capacity unknown.
Potential Origins: Empathy, Conception, Harmony, Mirror.

"Mirrors? Fancy tattoos? This is nonsense. I do not care how superstituous the Martinezes are; one simply does not win a batalla with tattoos."

The standing man was silent.

When no answer was forthcoming, the nobleman glanced down again, and read.

"Aye, I've seen her type before. An admirer of learning, that one."

"And yet she wastes years learning how to run away. I fail to see the logic of this wise woman."

"The wisest know when to run, Señor. When they do, they run well."

"Hmph. Perhaps you are right. A bull just might do worse than a fox in this bloody gresca. But tell me. What then prevents our magic fox from simply fleeing the scene, eh, adjunct?"

The Tower adjunct smiled mirthlessly in the gloom, revealing a row of gleaming teeth. "You must understand one more fact, Señor. A true mage never gives up such a chance. The scent of power is too strong, you see. Oh, she will stay. She will stay."

Rain continued its heavy thrum against the manor windows. There was no flash of lightning, no loud burst of thunder to accompany this final statement. Yet the room did seem to grow significantly colder - and the nobleman shivered.